Shungite is a nanostructured natural compound 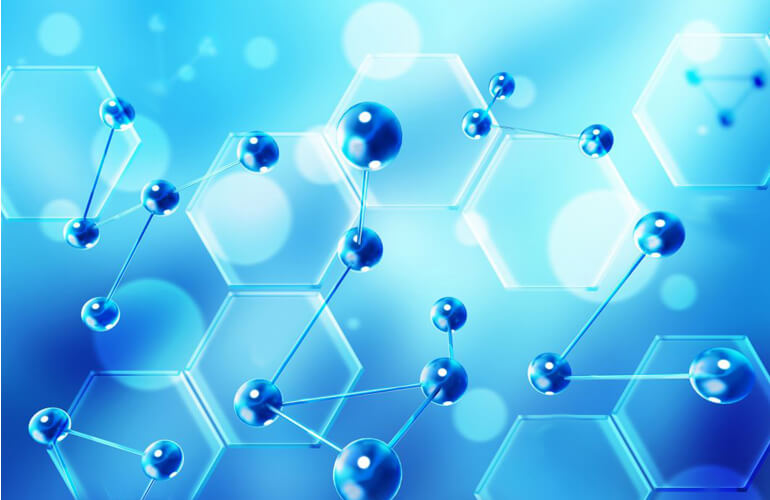 Shungite from Zazhoginskoye deposit, consisting of 30% of fullerene-like shungite carbon and of 68% of silicates, is a nanostructured natural compound, as it is noted in a paper of Institute of Geology of Karelian Research Centre of Russian Academy of Sciences. Nanostructure of the stone determines its specific properties: sorption, catalytic, recovery (antioxidant), and ability for self-healing.

Shungite, being a sorbent, is characterized by the following beneficial qualities:

Shungite can clean water from oil products up until maximum allowable concentration of water in fishing reservoirs. This effect is used in shungite filters that are placed in accordance with new standards of Russian Federation on all new motorways. Shungite is a dense material with low porosity; its inner surface is certainly inferior to activated charcoal.

The ability of shungite to extract oxygen and actively interact with it at a room temperature in water and on air has many practical evidences.

According to the data from the works done in All-Russian Scientific-Research Institute of Mineral Resources named after N. Fedorovskiy and in Russian Chemical-Technological University named after D. Mendeleev, shungite sorbent is visibly inferior to activated charcoal during the first 250 hours, but then it begins to clean the solution with a faster and more stable speed. This can be explained by catalytic properties of shungite, ability to catalytically oxidize occluding organic substances. Shungite, as a strong restorer, extracts oxygen from water. During the process of chemical interaction with this oxygen, atomic oxygen, which is the strongest oxidizer that oxidizes occluding organic substances until they become CO2 and H2O, appears and lets out the surface of shungite for new occlusions. If compared to other soluble metals, shungite has longer-lasting effect that can be explained by shungite changing metals into form of insoluble carbonates. Oxidization of organic substances into CO2 aids this process. In waters of Marzialniye Vodi health center (the Republic of Karelia), coming out of shungite sediments, there is no oxygen. Because of this, iron that is in high concentrations in water is in bivalent soluble form. When it reaches the surface and interacts with oxygen, iron oxidizes and condensates in form of ochre. This event can be fully simulated in artificial settings. In a container with shungite and water, iron will be released on the walls of the container higher than the layer of shungite. Iron does not come straight out of the water of shungite backfilling layer. It is obvious that shungite engulfs dissolved oxygen and does it more actively than iron.

Data about decomposition of occluding oil products on the surface of shungite at a room temperature.

Concentration of oil products on shungite after 4 hours decreases to 77,0-99,7%, depending on the initial concentration. It appears that self-healing of shungite is a result of catalytic oxidization of oil products. Considerable repairing and antioxidant properties of shungite do not appear during the interaction with oxygen. Research of antioxidant properties of shungite in relation to organochlorine connection and free radicals that are done in Moscow State University and Military-Medical Academy showed that shungite can get free radicals out of the water 30 times more effectively than activated charcoal: almost fully. This is an exceptionally important circumstance, because free radicals that appear because of water being processed by chlorine have a very negative impact on human body and are the cause of many serious illnesses (cardiovascular, oncological, as well as diabetes, aging pathologies, and atherosclerosis.) Regular intake of free radicle particles in drinking water depletes biochemical mechanisms of the organism and aids development of various pathologies. One of the possible solutions to a problem with antioxidant protection of the population is searching for natural antioxidants: shungite is one of them. Because of its exceptional antioxidant properties, shungite should be looked at closely and should be used in various drinking water treatment systems with a goal of increasing the quality characteristics and enriching it with good for health properties: conclusion made by Institute of Geology of Karelian Research Centre of Russian Academy of Sciences.