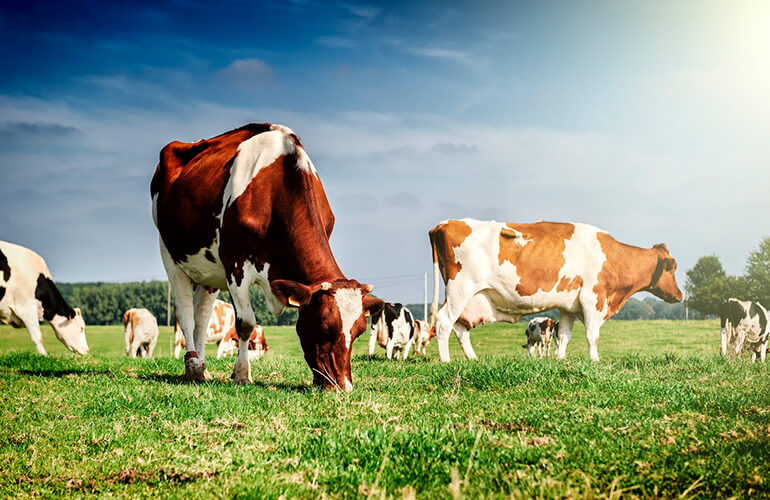 Karbon-Shungit together with Federal Science Center for Animal Husbandry named after Academy Member L. Ernst created an effective feed additive to be used in diet of ruminant animals that is based on Karelian shungite.

This additive increases VFA to 17% (P<0.05), lowers concentration of ammonia in ruminal digesta to 20.9%, and increases amyloclastic ferments to 21.2%.

Adding shungite to ruminant animals’ diet allows an increase of 0.16-1.35 g per 100 ml in the microbial mass level in the farding bag. The change of direction of pregastric digestion increases digestibility of feed nourishments. In sheep, for instance, dry material is increased by 1.81-3.48%, organic substances by 1.82-3.57%, crude protein by 4.0-4.3%, and crude fiber by 0.92-4.89%. Shungite activity increases an intake of feed nourishments by ruminant animals, which positively impacts carbohydrate fat and protein metabolism of growing specimen and cows during lactation period. Productivity increases: average daily growth of sheep by 11.3-17.1%, young growing cattle by 8.4%, and milk productivity of cows by 5.4-8.9%.

Feed additive based on Karelian shungite from Zazhoginskoye deposit is an ecologically clean product, and it effectively replaces import products. Karbon-Shungit received patent RU2569632C2 on September 23, 2014.