Geologists state that shungite is approximately 2-3 billion years old.
The rock is one of the oldest, however, studies of it continue.

Shungite was named in 1877 after a place where it was found: Shunga village. Russian geology professor and a member-correspondent of Saint Petersburg Academy of Sciences, Alexander Inostrancev, defined the stone as “a new but last member of the non-crystalline carbons that is not a stone charcoal.”

However, one of the first descriptions of shungite appeared in 1792 in the works of a Russian scientists-encyclopedist and natural philosopher, Nikolay Ozereckovskiy. 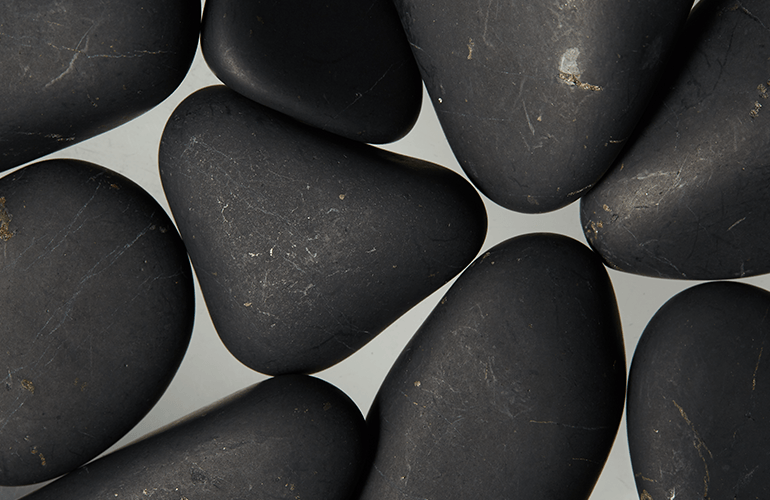 The legend about healing properties of shungite dates to XVI century. Boris Godunov persecuted almost all representatives of Romanov Dynasty when he became a Russian Tsar. He sent Ksenia Ivanovna to Tolvuyskiy monastery. According to the legend, while being there, she was able to heal herself from an illness (all her kids were dying soon after birth) and so in the future she gave birth to the first Russian Tsar from Romanov Dynasty, Mikhail Romanov. Tolvuyskiy spring, coming out of the thickness of the so-called slate stone, became “Tsarina’s spring.” Nowadays, Zazhoginskoye deposit of shungite is 5 km away from the village where once was Tolvuyskiy monastery.

In 1713, Petr I began to study healing springs. He sent his doctor Blumentrost and surgeon Ravelin, who were considered to be enlightened health professionals, so that they prove if the healing properties of the water are true. The group approved shungite water, and Petr I started receiving it at his dining table in Saint Petersburg. Even though he seemed to be strong and healthy, he suffered from many serious illnesses. It is thought that it was shungite water that allowed him to live 52 years.

In 1719, Petr I founded Marzialniye Vodi resort in that area. It is believed that it was named after Mars, the God of War, in commemoration of victories of the Russian Emperor in Baltic Sea, and because soldiers’ wounds were healing better with help of shungite water. Moreover, Petr I made all his soldiers carry a piece of shungite, which had unique antiseptic qualities, in their bags.

In 1930s, a famous Soviet doctor Sergey Vishnevskiy organized an expedition that studied Marcial water: healing properties of the water have been proven to be true once again.

In the recent years, shungite’s unique properties are studied by scientists from different countries, but Russian experts’ contribution is the most significant. Among them is Sergey Podchaynov, the laureate of the USSR State Prize and academician. According to experts’ grading, the rocks that contain shungite can be found on 1/3 of Karelian territory and at the bottom of Onega Lake. This is probably the reason why Onega Lake is considered to be the cleanest lake in Europe.

The secrets of shungite were revealed gradually. Soviet public figure, Honored Doctor of the RSFSR and the Karelo-Finnish SSR, teacher, neuropathologist, founder of the physiotherapy service in Karelia.

At the beginning, the locals were using it as a black paint, which became irreplaceable in typography. Shungite was introduced to foundry and later was used as a lining: up to our day it ornaments Isaakievskiy and Kazanskiy Cathedrals in Saint Petersburg and some buildings in Petrozavodsk. Later, shungite’s resistance to chemical effects and high temperatures was discovered. It was used as a protective flux and as a carbon reducing agent in metallurgy. Highly-siliceous variety of shungite, lyddite, was also discovered. This mineral was immediately in high-demand by jewelers and soon replaced import of Turkish touchstone. Additionally, Karelian lyddite, as considered by geologists, exceeds aesthetic qualities of western stone agate. 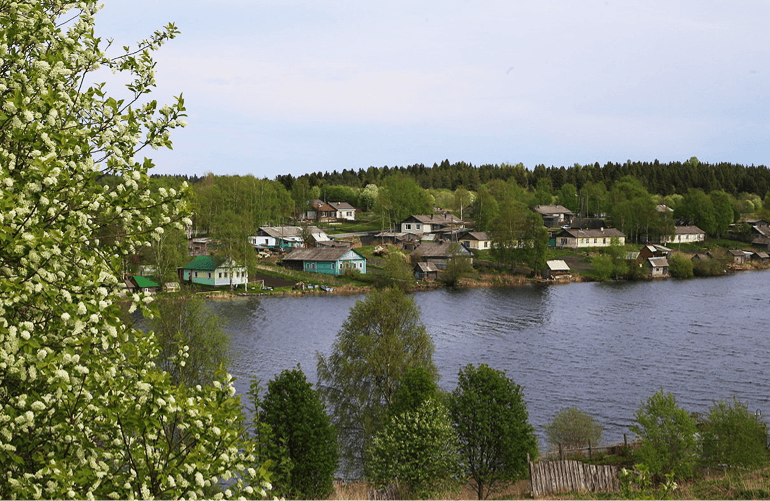 There is another version of how shungite appeared on Earth, but it is more of a science fiction: the rock is pieces of once exploded planet Phaeton. Shungite owes its unique properties to fullerenes that it contains: molecular connections that belong to allotropic forms of carbon. These forms include diamond and graphite. Because of its origins and crystalline form, it reminds of a living fabric. It is believed, that they become active during the interaction with organisms’ cells, aiding recovery of those.

Fullerenes are a result of laboratory discoveries. Scientists were simulating processes happening in space when they found new connections. Scientists received a Noble prize in 1997 for this discovery. Already working in Arizona University, professor Zipurskiy decided to investigate his Karelian rock and, to his surprise, found fullerenes in the mineral. So, scientists concluded that fullerenes are the reason why shungite has its unique properties; it passes the properties of fullerenes to water because of interaction with it.

A significant contribution to scientific research and the development of spheres of shungite application was made by the founder of Karbon-Shungit Company: Yuri Kalinin, doctor of technical science. In the period from 1964 to 1991 he ran the laboratory of shungite in Institute of Geology of Karelian Research Centre of Russian Academy of Sciences. He is an Honored Scientist, Honored Worker of National Economy, and Recipient of the Order of the Red Banner; received a title of the Discoverer of Subsoil Riches. From 1990s until 2015 he was the C.E.O. of Karbon-Shungit Company.

Currently, shungite is studied by the laboratory of geology and shungite technology of the Department of Mineral Raw Materials of the Institute of Geology of Karelian Research Centre, Russian Academy of Sciences. The Head of the Laboratory is Vladimir Kovalevskiy, Doctor of Geological and Mineralogical Sciences. The research done by the laboratory touches upon the problem of studying and using products of deep modification of shungite rocks and bases on modern fundamental knowledge about structure and properties of the mineral. Here, it is referred to high-temperature operations, change of reduction potential, and initiation of catalytic processes of carbon fixation and mineral components of shungite mineral. A significant attention is drawn to prospects of practical use of shungite rocks in solving ecological problems. An example is water purification using innovative methods: combining shungite rocks and effective microorganisms. There is another, more exotic version of the origin of schungite, according to which schungite is part of the disintegrated planet Phaeton, which reached the Earth on which once there was an oxygen form of life.